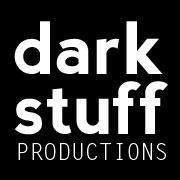 We are looking for a range of M and F actors who are comfortable with singing, physical performance and happy to work on a boat.

We are particularly interested in BAME and Disabled performers.

Audition, Rehearsal and Performance Venues are all accessible and located in Bristol. Please let us know any access needs ahead of time.

Ishmael – (25 – 35, M/F)
Ishmael is a young teacher/writer who embarks upon The Pequod for his first whaling voyage. He has been to sea on the Merchant Navy but never on a whaling ship, which he has chosen out of some deep spiritual malaise. He is intelligent and well educated, but naïve and ‘green’.
Casting actors of any race for this role

Queequeg – (25 – 45, M/F)
A skilled and experienced harpooner of Polynesian* heritage, where he was son to a Chief on a fictional island in the South Pacific Ocean. He is brave and generous, funny and clever. Deeply religious and a close friend to Ishmael.
*We are only casting BAME actors for this role

Starbuck – (30 – 50, M/F)
A skilled and experienced whaler, he is the first mate of the Pequod and has sailed with Ahab for many years. He is a devout Quaker although he is not dogmatic or pushy about his beliefs.
Casting actors of any race for this role

Stubbs - (30 – 50, M/F)
A skilled and experienced whaler, he is the second mate of the Pequod. Stubbs is chiefly characterized by his mischievous good humour. He is easy-going and popular. He doesn’t ascribe to religion and trusts in fate, refusing to assign too much significance to anything.
Casting actors of any race for this role

Ahab - (35 – 60, M/F)
The egomaniacal captain of the Pequod. Ahab lost his leg* to Moby Dick. He is single-minded in his pursuit of vengeance on the white whale. He uses a mixture of charisma and terror to persuade his crew to join him. As a captain, he is dictatorial but not unfair. At moments he shows a compassion and lucidity. He has a wife and child back in Nantucket.
*We encourage amputee-actors to apply for this role.

Please send your application to auditions@darkstuffproductions.com stating ‘Moby Dick Auditions’in the subject heading, along with your:

·      Cover letter (stating which role you would like audition for)

·      Address (confirming your Bristol/Area base)

Successful applicants will be notified by email.

If you are unable to attend this date/time but are interested in auditioning, please get in touch at the email above and we will our best to arrange an alternative for you.

Auditions will be workshop-based, but we ask that you please prepare: